Last week I wrote about how we practised classroom routines on the very first day back at Dixons Kings Academy and the benefits are still clear two weeks in. But while whole school routines undoubtedly have value, they aren’t the only things worth practising. That is why we followed up that first practice session with one designed by individual departments.

Some departments chose to continue to develop routines unique to their settings, with Science looking at practical lesson routines and P.E. focusing on changing rooms. In English, we considered the teaching of structure in the new GCSE.

The MFL department focused on getting better at using target language and they invited me in to watch a follow up practice session this week. The session was designed by the Principal Teacher of MFL, Amy Evans, following the method designed by Simon Gayle, who leads on practice across school. It was a joy to witness and I thought it would serve as a good model to illustrate the key elements of practice. 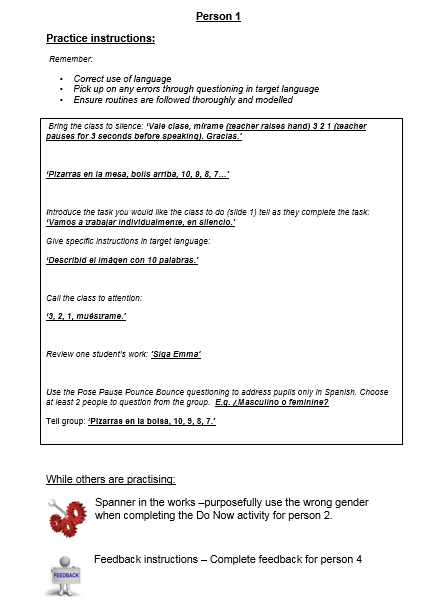 The model is crucial, because if you practise something that isn’t good enough, then you are getting better at the wrong thing. In this instance, the MFL department were looking at the language that they would use to manage lesson transitions, explanations of tasks and mini white board work.

While the pre-planned model was strong, the team identified some things they would still need to translate e.g. the best name for working in pairs. It wasn’t as simple as translating word for word because they needed to use cognates, words in the target language (in this case Spanish) which sound similar to their English counterparts. Often, with practice sessions, this discussion would occur after the model had been practised and suggested improvements come to light, but here it was an important part of ensuring that they were practising the right things in the first place.

Now that the model has been established, one teacher practises. They are the teacher and the others are the students. This is the part where purposeful practice might descend into horrible role-play if we let it. It definitely isn’t about pretending to be kids and acting in a childish manner- there is nothing more cringe-worthy than an adult pretending to be Kevin the Teenager (unless the adult is Harry Enfield). We should be experiencing something that is likely to occur in the classroom- the whole purpose of practise means to effectively rehearse for regular classroom situations. Of course it can never be exactly like a classroom but David Beckham didn’t practise free kicks because the practice was exactly like a game; he practised because when a free kick inevitably came up in a game, he was drilled in exactly what to do. 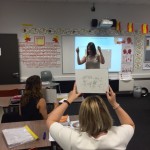 The teacher practising needs to try to eliminate self-consciousness, which I know is difficult for some. Once the first tentative steps are made, practising becomes easy and routine. The MFL team, with a shared purpose, were able to put this self-consciousness to one side so they could focus completely on making speaking in target language second nature. 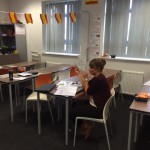 Like any department, the MFL team has a range of teachers with different levels of experience and different areas of specialism. We have the experienced Head of Faculty still striving to improve their teaching, the Teach First participant developing their craft, the French specialist benefitting from practice in Spanish, the native Spanish speaker reflecting on a novice’s perspective. Well designed practice will have something for everyone.

Throw a spanner in the works

Each round of practice has a ‘spanner in the works’. We felt that an unpredictable element in practice sessions would be beneficial, and the ‘spanners’ are designed to ensure that. They should be about testing the model, rather than just throwing in something ridiculous like a bumblebee in the room (hay un abejorro en el aula). Two examples of ‘spanners’ for this practice session were:

‘Purposefully use the wrong gender when completing the Do Now activity for person 2.’

Most of the time, teachers make mistakes practising anyway, so there are always plenty of spanners.

After the teacher has practised, somebody feeds back. Ideally, they then practise again following the feedback, although this isn’t always possible. In many cases, the one practising has already given their own feedback! It’s not unusual to see someone pop out of practice mode to reflect: ‘I wonder if it might be best to…’ or ‘Can I try that again because…’. It was great to see the MFL teachers do this because  this means that they can practise on their own, and can reflect quickly in a real classroom situation. 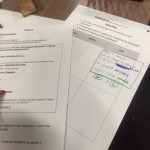 Feedback can and should be ‘nitpicky’. In this case, a mispronunciation or a grammatical error here and there needed to be picked up. If a ‘student’ makes an error, accidentally or on purpose, and the teacher didn’t spot it, it must be identified. Here, in this supportive environment, with a focus on a tiny sequence of teaching, the MFL teachers were getting the most helpful subject-specific feedback. Honestly, they won’t get this highly focused feedback from non-specialists.

I hope this is a clear portrayal of the habits and benefits of subject-specific practice. The team clearly value practice, because this actually took place in the time allocated for department meetings, and they had not been ‘directed’ to practise. All admin had been taken care of so they could concentrate solely on improving their teaching. If only all department meetings were like this.