September is often the time for new ideas. New classes, new responsibilities, new agendas. Many of these new ideas are worthwhile and will have a clear impact. Some will be unceremoniously dumped, some forgotten about and some stay past their use-by date. Here are some things to bear in mind when launching something new.

Choosing what to introduce

Focus on changing the right things

There is always a cost to bringing in a new idea. Sometimes literally but also in the investment of time and even emotion. You also miss out on the possible benefit of other things you might have tried instead. It’s always best to be really clear about why something should be done, looking at deeper, underlying reasons for change rather than focussing on gimmicks or fashionable new ideas. There is no point changing anything for poor reasons or for making sweeping changes which have no impact or are forgotten by January. The things we should be spending most time on are those things which we know make a difference and encourage deeper learning.

Don’t throw the baby out with the bathwater

Just because there is a compelling reason to bring in something new, this doesn’t mean that everything you have done in the past should be thrown out. It’s a real shame that the search for improvement often means getting rid of many things that actually work. There is the old saying “The definition of insanity is doing the same thing over and over and expecting different results” (often wrongly attributed to Einstein) but surely it is just as ‘insane’ to bin everything?

When something is effective elsewhere, it makes sense that we would want to replicate the success. Remember that everyone’s context is different: students, timetable, classroom, community etc. When something works in another context- even within the same school or department- it may need some adaptation before it works for you. Don’t assume it will work exactly as it did in another context and be prepared to make changes.

In ‘When Can You Trust the Experts?’ Daniel Willingham offers a quick workaround for evaluating whether you should adopt a change, especially when there is a ‘persuader’- anyone who has a reason to get you to adopt something new. It is especially relevant if you are paying for it.

“To get started in your evaluation, you need to be very clear on three points: (1) precisely what Change is being suggested; (2) precisely what outcome is promised as a consequence of that Change; and (3) the probability that the promised outcome will actually happen if you undertake the Change.”

After you have introduced something

Once a change is brought in, it’s important that it is viewed as a work in progress and is open to being refined. In Practice Perfect, Doug Lemov writes: ‘If you want to change behaviour […]then shorten the feedback loop.’ The way I prefer for changes to my classroom practice is to ask a colleague to come in to give some feedback but there are many other simple ways. The key is to evaluate impact sooner and make changes. If you wait until June to evaluate something you started in September then you’re missing the opportunity to improve what you are doing until then.

To make something stick, you have to do it again and again. If you have the same routines in every lesson, students can complain that they’ve done it before or that they are bored. It’s important to stick with things and allow them to become part of the norm. If you don’t persevere through this part then you won’t build these things into your practice. Often, the culmination of what you do will come weeks or even months down the line. Routines and habits take time to take hold.

…but avoid the sunk cost fallacy

When we have invested so much in something new, we can end up sticking with it for longer than we should because of all of this investment we have put in. Like a book we are struggling through just because we have read so much of it already. This is known as the sunk cost fallacy. While it is important to persevere with things rather than just giving up when something gets difficult, it can be equally harmful to continue with something which is simply not working. Sometimes it can be a bruise to the ego to launch something and then say later down the line that you are not going to do that any more. Especially if you have asked others to invest time and effort in it too. If it doesn’t work, stop doing it! 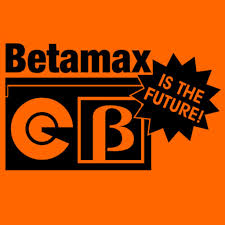 I’m going to try and follow my own rules this year and will reflect no doubt on how well it went later in the year.